Sugar is a sweet-flavored ingredient, used in many types of food and drinks around the world since ancient times. It can be found in pretty much every plant, but it can only be extracted – or at least economically efficiently – from sugarcane and sugar beet. This sweetener has become a preferred ingredient in almost every food product. It’s hard to find someone who isn’t a fan – we know we are! Here’s 10 interesting facts about sugar.

Sugar – who doesn’t love it?

Our flagship CTRM solution Agiblocks aims to serve a whole host of soft commodities, with four in particular that receive a specialized treatment (which we will talk about pretty soon). However, there’s only one commodity that shares its name with an oft-used nickname for loved ones: Sugar. Which made us feel like diving into a new ‘facts about’-article, like we did previously with our 16 interesting facts about coffee and more recently with 12 things you need to know about cotton. Now, we don’t need another reason, but we DO have one; “Sugar is booming again,” as Jan van den Brom told CTRM Center.

In fact, Agiboo has signed four new sugar customers in the two weeks leading up to the interview alone! “In both Asia and South America, prices for software are now close to European levels. They are increasingly happy to pay market price for good quality software.” Furthermore, we see a big demand also for expertise in commodities, which Agiboo can provide. “Indeed, we have expanded in this area by adding videos to our knowledge center online. We are also still of a size where we are approachable for customers and prospects, and they like that.”

What we expect they’d also like, are our facts about sugar!

1. Sugar was introduced in the West as a spice, not a sweetener

The history of sugar goes back quite some time, as you will find out a few facts later, where it has basically always played its part as a sweetener. However, when it was first introduced in England in the Middle Ages via the legendary Silk Road trade routes through the Middle-East, it was known as a spice. That’s because it was thrown in with ginger, cinnamon, saffron and other exotic spices, only available to the wealthy elites.

Sugar can be produced from either sugarcane or sugar beet. The former is by far the more popular resource, as it is used for approximately three quarters of all production.

There are a number of reasons why sugarcane exceeds sugar beet in production volume, most notably climate and production costs. These factors are to a great extend intertwined. Thailand, China, Brazil and India are major producers of sugarcane due to their favorable tropical climate. This climate provides a significant longer production period when compared to sugar beet. Sugar beet is produced mainly in Europe and the U.S. 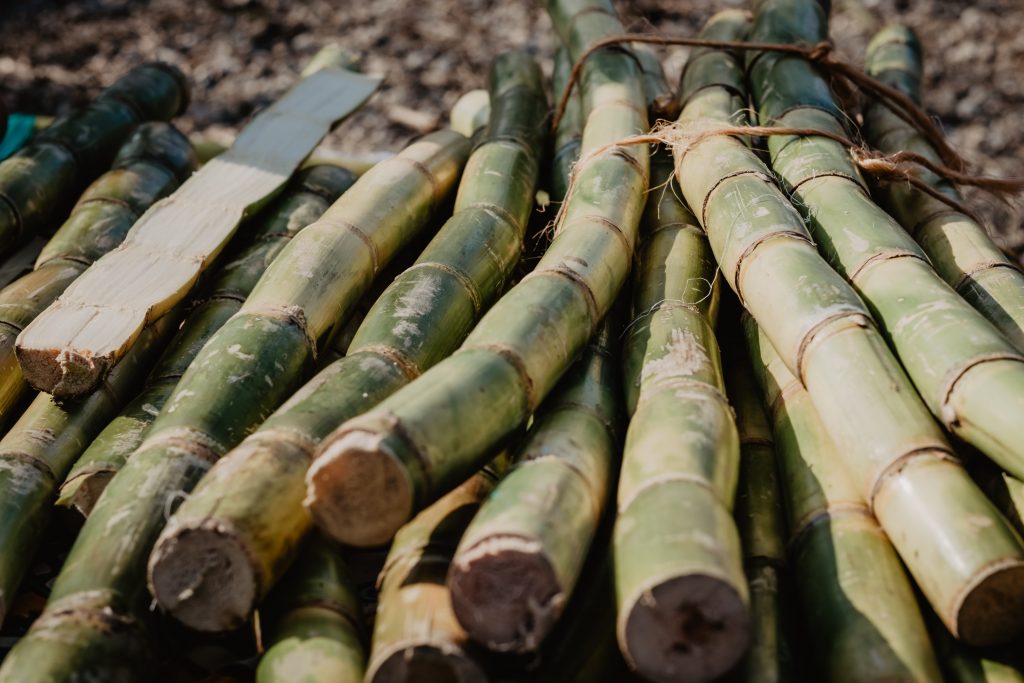 Sugar is being consumed by humans since ancient times, with its origins in the Indian sub-continent. There are indications of early sugar consumption in South-East Asia (Papua New Guinea, to be more exact) as far back as 8,000 BC. Honey was the more common sweetener back in those days though, as it was both more commonly available and easier to transport.

It was originally being consumed by chewing on raw sugarcanes. The first records in which sugar was crystallized to make it easier for transportation date back to around 500 BC, which is still a very long time ago, in India and China. It took another two millennia before producers in Venice started setting up their own plantations in the 15th century, swiftly making them not the primary importer, but producer of sugar for Europe. Supply and production were still limited, as sugar remained a luxury product.

At about the same time, Christopher Columbus introduced sugar cane seeds to the New World, on his second voyage. In modern times, that is also were most sugar is consumed, per capita: the average American consumes about 126,4 grams of it daily. Next in line are Germans (102.9) and the Dutch (102.5), as both countries share a love of sweets.

The three biggest producers are Brazil, India and the European Union.

4. This sweetener is also a preservative

The most common application of sugar is as a sweetener, to be found in virtually any food, but its use doesn’t stop there. Sugar can also function as a preservative to protect certain food from spoiling. It can help preserve the color, texture and flavor of food. It also inhibits microbial activity, effectively extending the expiration date of canned goods on your shelf.

5. Sugar is a Top 5 soft commodity

The five most successful soft commodities in terms of annual consumption are cocoa, coffee, wheat, cotton and, you’ve guessed it, sugar. (On a totally unrelated note: Agiboo’s CTRM solution Agiblocks covers all five;).

Children are undoubtedly sugar’s biggest fans. From cookies and candy to sweet drinks, toddlers as well as teenagers have a much stronger preference for sugar than adults. But did you know that’s not merely because of ads successfully aimed at those target audiences, but also due to basic biology? As one piece of scientific literature states: “The liking for sweet tastes during development may have ensured the acceptance of sweet-tasting foods, such as mother’s milk and fruits. Moreover, recent research suggests that liking for sweets may be further promoted by the pain-reducing properties of sugars.” Which brings us to 7: 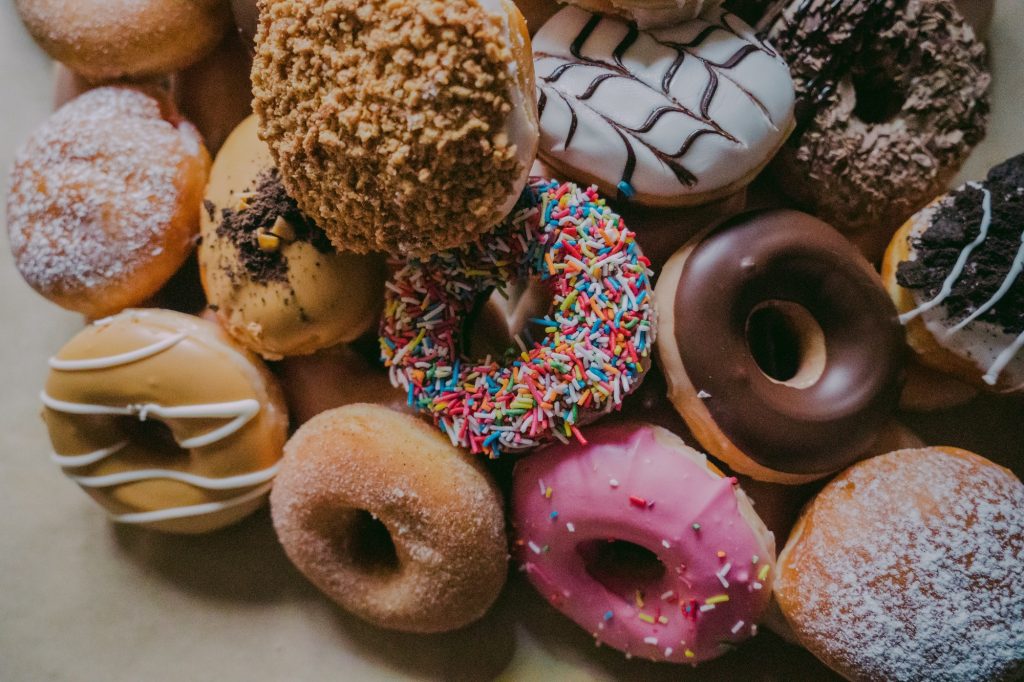 You may have already heard about the supposed healing powers of it. So much so, that in Ancient Greece and Rome, it was regarded mainly as a medicine. And later on in England, it was introduced not only as a spice (see the very first fact above), but for its alleged medicinal purposes as well. In the middle of the 12th century, it was used as a treatment for anything from a fever and cough to chapped lips, pectoral ailments and stomach diseases. But did you know even modern doctors are findings ways that sugar can benefit your health as well? For instance, it may help heal wounds when antibiotics fail.

8. Lemon has more sugar than strawberries

You’d guess otherwise, but lemon contains far more sugar than strawberry, at about 70 to 40 percent. The acidity in lemons, which gives it its tangy taste, masks the sweetness.

9. Sugar: the sweetener so nice, The Archies named it twice

In 1969, a year most known for Woodstock, the Moon landing and the fact the Beatles broke up, there was a little band called The Archies, whose very first song hit Number 1 on the Billboard Hot 100. That song was Sugar, Sugar.

The Archies were a fictional band that featured in the animated TV series The Archie Show. The song became a hit again the very next year, when R&B and soul singer Wilson Pickett introduced his own version in 1970. Since its stellar launch over half a century ago, the song has been covered by legendary artists like Tina Turner and Tom Jones as well. The Archies were the first fictitious band to ever reach the top spot on the charts, and the only group to do so without every performing the song live – which would, of course, be difficult.

10. Sugar is one of four Specialized Commodities in Agiblocks

While Agiblocks is a strong contender across many commodities, it is extremely strong in terms of meeting the specific requirements of the sugar markets. We have to be, as the sugar trade is one of the most complex industries in the world, due to price controls, quotas, subsidies, and preferential arrangements.

Agiboo’s flagship software was launched over a decade ago and focused on the early adopter initiatives for cocoa, coffee and sugar. It offered focused industry CTRM for these first commodities, and has since expanded to support anything from grain to cotton, nuts and (edible) oils. In other words, almost the whole range of agricultural commodities can be traded by implementing Agiblocks as your go-to solution. Moreover, Agiblocks comes with unique features for four specific commodities: Sugar, Coffee, Cocoa and Grains. We’ve come to call these our Specialized Commodities.

Experience Agiblocks and judge for yourself

Experience our CTRM software solution for free and get a front-row seat to all the benefits Agiblocks has to offer with our free demo. The full range of Agiblocks functionality is available within the demo environment for your browsing leisure. Familiarize yourself with the tools and features of our powerful and agile software solution and find out how you can make the daily practices of commodity trade and risk management more efficient.